Steffen: Bundesliga one of the best leagues in the world

Manchester City’s on-loan goalkeeper Zack Steffen is enjoying life in the Bundesliga, and is hoping to make the most of his second stint in Germany.Pep Guardiola’s side picked him up from Columbus Crew this summer, but with Ederson and Claudio Bravo as goalkeeping options for their first team, the U.S. national team goalkeeper was loaned out for the season, joining Fortuna Dusseldorf.The Coatesville, PA native previously spent time in the Bundesliga with Freiburg between 2014 and 2016, but only appeared for their second team before returning to the US, joining the Crew. Article continues below Editors’ Picks Emery out of jail – for now – as brilliant Pepe papers over Arsenal’s cracks What is Manchester United’s ownership situation and how would Kevin Glazer’s sale of shares affect the club? Ox-rated! Dream night in Genk for Liverpool ace after injury nightmare Messi a man for all Champions League seasons – but will this really be Barcelona’s? Second time around, he is much more established, and is set to be first choice for the North Rhine-Westphalia club having made his league debut in the 3-1 win at Werder Bremen.”It‘s amazing. It’s such a good and strong league, probably one of the best in the world,” he told Bundesliga.com.”I’m just trying to enjoy it. I want to keep as many shots out as I can. I’m expecting to keep the team in the game. To make the saves I need to make and to do my job.”He was arguably the standout goalkeeper in the league’s first round of games, drawing praise from Bremen manager, Florian Kohfeldt.“We should’ve scored at least three more goals,” said Kohfeldt. “But we were up against a fantastic goalkeeper.”During his spell with Freiburg, Steffen trained with Roman Burki who is now Borussia Dortmund’s No.1.”I like [him] a lot,” Steffen said of the Swiss shot-stopper.”He’s very strong, quick and athletic. I like his style of play. He’s also good with his feet.”The 24-year-old is also a fan of former USMNT goalkeeper Tim Howard, whom he described as his role model and is the reason he chose to wear the No.24 shirt at his new club.”When they asked me what number I wanted to pick, I saw 24 and I thought of Tim Howard,” said Steffen.“He was and still is my role model. I just remember watching him as much as I could.”Steffen will be hoping to continue his good form for the rest of the season, and give Guardiola a decision to make when 36-year-old Bravo’s contract expires next June.

Napoli have completed the signing of Mexico international winger Hirving Lozano from PSV in a deal worth a reported €42 million (£38.5m/$47m).Lozano’s move from the 2018-19 Eredivisie runners-up had long been anticipated thanks to his standout showings with both club and country in the last two years.He leaves Eindhoven having contributed 40 goals and 23 assists in 79 appearances and reportedly signed a five-year deal with his new club. Article continues below Editors’ Picks What is Manchester United’s ownership situation and how would Kevin Glazer’s sale of shares affect the club? Ox-rated! Dream night in Genk for Liverpool ace after injury nightmare Messi a man for all Champions League seasons – but will this really be Barcelona’s? Are Chelsea this season’s Ajax? Super-subs Batshuayi & Pulisic show Blues can dare to dream Lozano has already started the season with PSV, though he picked up a knock against ADO Den Haag in his most recent Eredivisie outing that may yet rule him out of Napoli’s Serie A opener against Fiorentina on August 24.He joins Carlo Ancelotti’s side with Napoli having looked to bolster their attack over the summer in a bid to close the gap to champions Juventus having finished 11 points adrift in second last term.Lozano likely will slot into what could be a fearsome attacking trident with the 24-year-old on one side, captain Lorenzo Insigne on the other and Arkadiusz Milik up top. Veteran attacker Dries Mertens also remains in the ranks for the Partenopei.Lozano, along with now former PSV team-mate Erick Gutierrez, began his career as a teenager for Pachuca and helped them to the 2016 Clausura crown, their sixth league title, and the 2016-17 Concacaf Champions League trophy.That summer he moved to PSV, but not before his first major international tournament, with then-Mexico coach Juan Carlos Osorio naming “Chucky” in his Confederations Cup squad.Lozano scored in Russia and did so again a year later at the World Cup, notching the lone goal in El Tri’s tournament-opening triumph over reigning champions Germany.He went onto start all four of Mexico’s matches in Russia, and though he missed this summer’s Gold Cup triumph with an injury, he is set to be the most important player for Tata Martino’s team looking towards Qatar 2022.Lozano will become the fifth Mexican to play in Serie A after Miguel Layun, Rafa Marquez, Hector Moreno and Carlos Salcedo.

‘Pogba wants to leave but Raiola is a disgrace’

Paul Pogba “wants to leave” Manchester United, admits Gary Neville, but his agent, Mino Raiola, is considered to be a “disgrace” and the kind of figure that the Red Devils should refuse to work with.The World Cup-winning midfielder remains on the books at OId Trafford for now despite admitting over the summer that he felt ready for a new challenge.Talk of interest from the likes of Real Madrid and Juventus refuses to go away, though, and more speculation is expected to surface in future transfer windows. Article continues below Editors’ Picks What is Manchester United’s ownership situation and how would Kevin Glazer’s sale of shares affect the club? Ox-rated! Dream night in Genk for Liverpool ace after injury nightmare Messi a man for all Champions League seasons – but will this really be Barcelona’s? Are Chelsea this season’s Ajax? Super-subs Batshuayi & Pulisic show Blues can dare to dream Much of that will be sparked by Raiola, with the so-called ‘super agent’ eager to find another big stage for his client.Former United defender Neville can appreciate that the 26-year-old may be looking for a way out, but feels those working for him need to go about their business in a more respectful manner.He told Norwegian media outlet TV2: “He wants to leave. He has made it clear.“His agent is a disgrace and has been a disgrace all over Europe – not just for Manchester United. They must stop working with him.”Pogba is tied to a contract at United that is due to run until 2021, with the club having the option to trigger a 12-month extension beyond that.Raiola is, however, expected to continue pushing for a switch elsewhere.He works with some of the biggest names in world football, including the likes of Zlatan Ibrahimovic and Mario Balotelli, but Neville is not a fan of his methods. 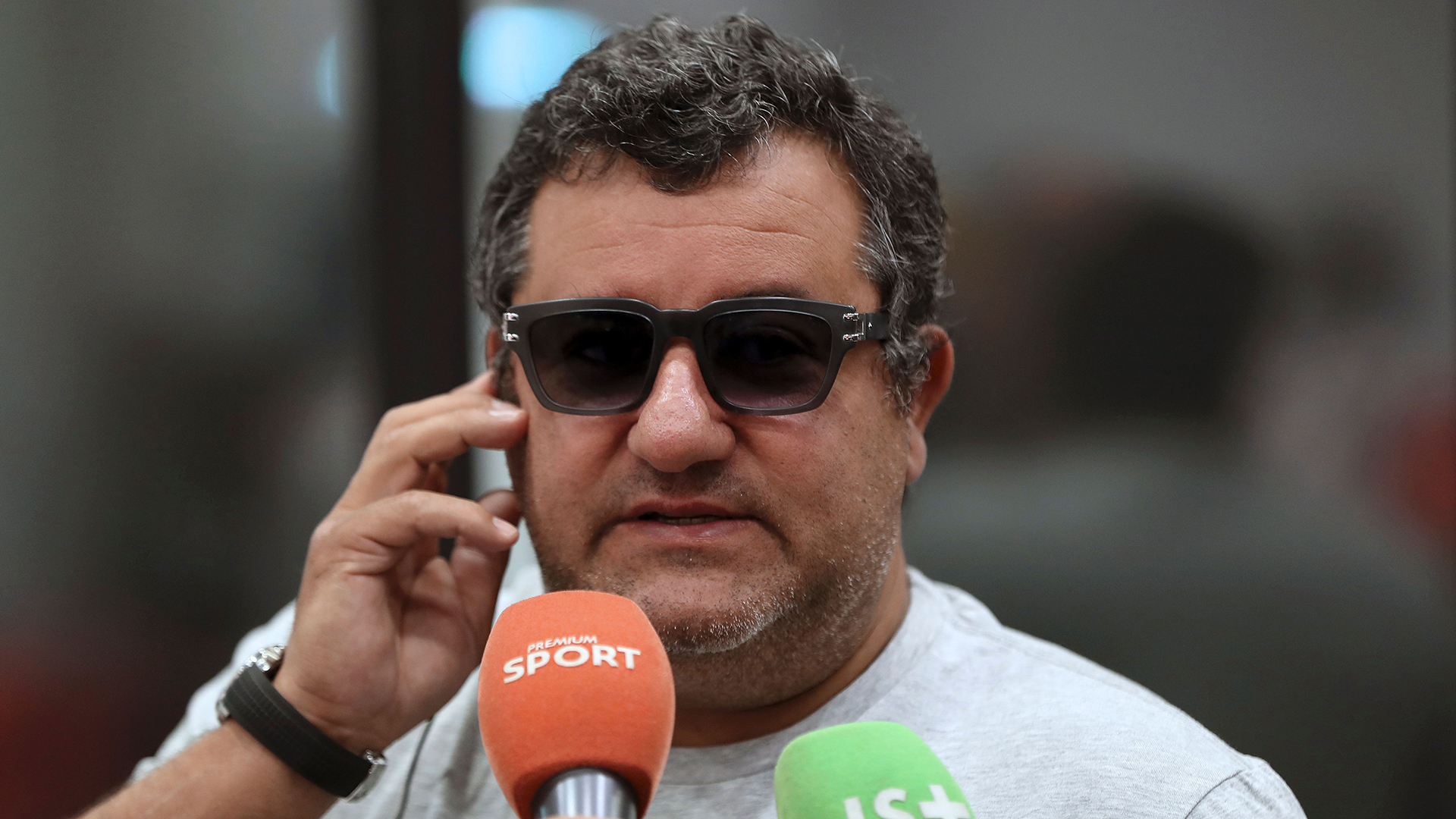 The ex-England international added on the Italian: “He doesn’t have the values ​​you want in your club.“My opinion is that Manchester United need not negotiate with him. He will try to fix a transfer for his player, and will try to take part of the transfer sum himself. That’s how he operates.“For Manchester United, it’s devastating. He [Pogba] is one of the best and most famous players in the world, but every week there are new issues.“There is always controversy. It’s probably not his own fault, but the fact is that it is devastating for a club.“That’s why Sir Alex Ferguson was at times clinical when he got rid of players. They were devastating.“In a football club, everyone has to go in the same direction.”

However suspicions arose later after it was reported that there could have been a political connection in the death of Thajudeen. (Colombo Gazette) The police Criminal Investigations Department (CID) informed court today that it suspects murder over the death of former Sri Lanka ruby player Mohommed Wasim Thajudeen.Thajudeen died on May 17, 2012 in Kirulapone when his car crashed into a wall. According to police reports at the time, the rugby player was driving home after attending a party when he lost control of the car and crashed into a wall on Park Road. The car had exploded instantly and burnt the victim. read more